About LION Optics and Delft

LION optics is a company, based on innovative optical research and development. It is located in Delft, The Netherlands, the city where Antoni van Leeuwenhoek invented the high-enlargment microscope, and discovered the world of micro-biology.
But also (and in the same period) of old Dutch master painters Vermeer, Fabricius and De Hoogh. 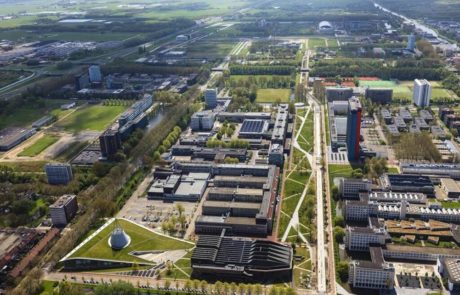 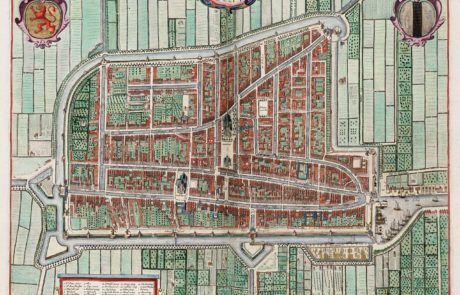 Delft University Campus and Delft Oldtown in the “Golden Age”

LION in Dutch is “Leeuw”, so the name LION Optics is referring to Antoni van Leeuwenhoek.
By developing advanced optical instruments, we are combining the old and new qualities of our beautiful medieval city!

(Source: Wikipedia)
“Antoni van Leeuwenhoek was a Dutch businessman, scientist, and one of the notable representatives of the Golden Age of Dutch science and technology. A largely self-taught man in science, he is commonly known as “the Father of Microbiology”, and one of the first microscopists and microbiologists. Van Leeuwenhoek is best known for his pioneering work in microscopy and for his contributions toward the establishment of microbiology as a scientific discipline. Raised in Delft, in the Dutch Republic, van Leeuwenhoek worked as a draper in his youth and founded his own shop in 1654. He became well recognized in municipal politics and developed an interest in lensmaking. In the 1670s, he started to explore microbial life with his microscope.[note 3] This was one of the notable achievements of the Golden Age of Dutch exploration and discovery (c. 1590s–1720s).

Using single-lensed microscopes of his own design, van Leeuwenhoek was the first to experiment with microbes, which he originally referred to as animalcules (from Latin animalculum = “tiny animal”). Through his experiments, he was the first to relatively determine their size. Most of the “animalcules” are now referred to as unicellular organisms, although he observed multicellular organisms in pond water. He was also the first to document microscopic observations of muscle fibers, bacteria, spermatozoa, red blood cells, crystals in gouty tophi, and blood flow in capillaries. Van Leeuwenhoek did not write any books; his discoveries came to light through correspondence with the Royal Society, which published his letters. 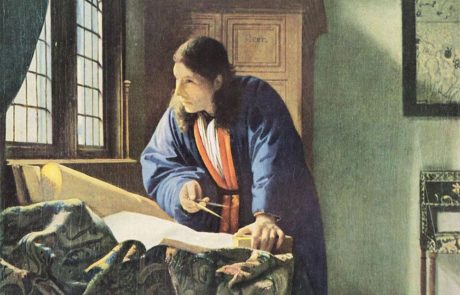 Antoni van Leeuwenhoek by Jan Verkolje, and The Geographer by Vermeer

Van Leeuwenhoek was a contemporary of another famous Delft citizen, the painter Johannes Vermeer, who was baptized just four days earlier. It has been suggested that he is the man portrayed in two Vermeer paintings of the late 1660s, The Astronomer and The Geographer, but others argue that there appears to be little physical similarity. Because they were both relatively important men in a city with only 24,000 inhabitants, it is likely that they were at least acquaintances; Van Leeuwenhoek acted as the executor of Vermeer’s will after the painter died in 1675. “

It is suggested by some that van Leeuwenhoek helped Vermeer with optical knowledge or even instruments to set up his paintings with the accurate perspective.
And there is even a suggestion that the early letters by Van Leeuwenhoek to the Royal Society were illustrated by Vermeer (see Shin-Ichi Fukuoka).

Page load link
We use cookies to ensure that we give you the best experience on our website. If you continue to use this site we will assume that you are happy with it.OkRead more